After a month of reading about how to make baguettes, I finally took the plunge today.

I got up at 5:00 AM this morning to make baguette. First of all, I made a poolish, which is a pre-ferment made from flour, yeast and water. I made this batch and left it on the printer in the basement to rise slowly over the day. 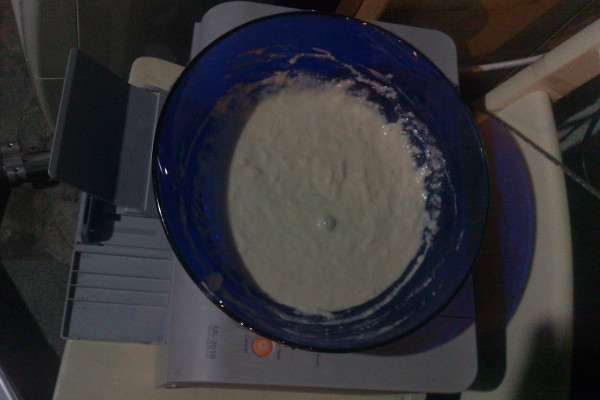 Fresh poolish set to ferment on our basement printer

I came home after work to a mature bowl of poolish that had the consistency of the sticky goo that kids get in an egg-shaped plastic container and which invariably ends up getting ground into the carpet, staining the cushions and stuck to the cat's hair. 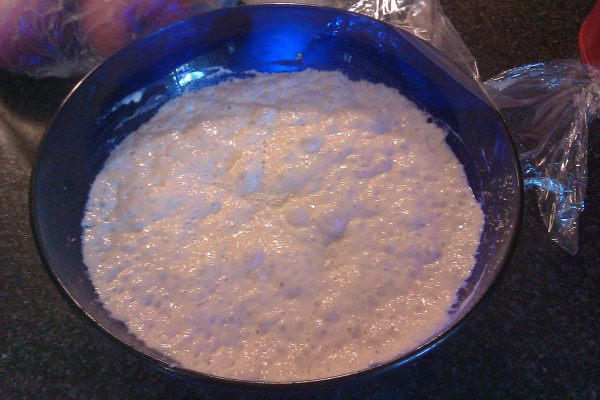 The poolish after 12 hours of fermenting 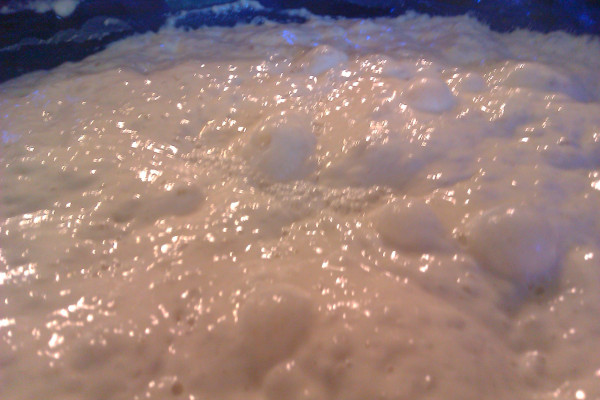 Close-up of the fermented poolish

I mixed up a batch of dough using the poolish, more flour, water, yeast and salt, and kneaded it for around 15 minutes. I coated the dough in oil, put it in a covered bowl and left it to rise for an hour or so.

Once it had risen, I split it into four pieces, pre-shaped them into ovals, wrapped them in cellophane and left them for another twenty minutes.

Then I unwrapped them, rolled them out into baguettes, and arranged them in a makeshift couche, or "bed", which is supposed to be a heavy linen cloth that keeps the loaves in shape as they undergo their second fermentation. 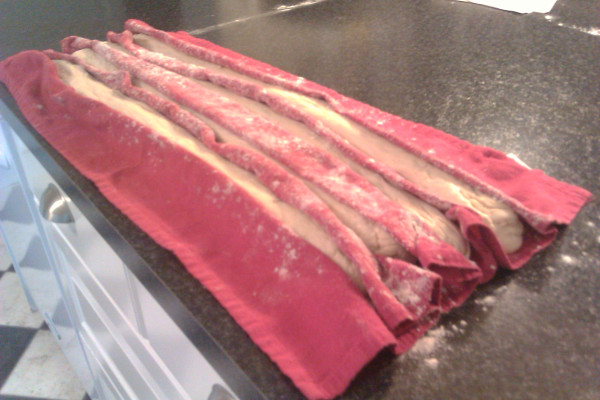 My makeshift couche, a red hand towel that turned out to be rather on the sticky side

I ran into trouble getting the loaves out of the couche and onto the pan, as they tended to stick to the material, even though I had floured it beforehand. As a result, one of the loaves ended up looking rather like that bulbous Orc Lieutenant from the Return of the King movie.

In any case, I cranked the oven to 450 degrees and added a pan of water for steam. As the oven heated up, I wondered what the hell I was thinking baking in the middle of July - "hell" being the operative word. (Note to self: next time, hold off on learning to bake a new kind of bread until September.)

I baked the loaves for around 25 minutes. When they came out, the one looked like an orc but the best looking one looked almost like an actual baguette. 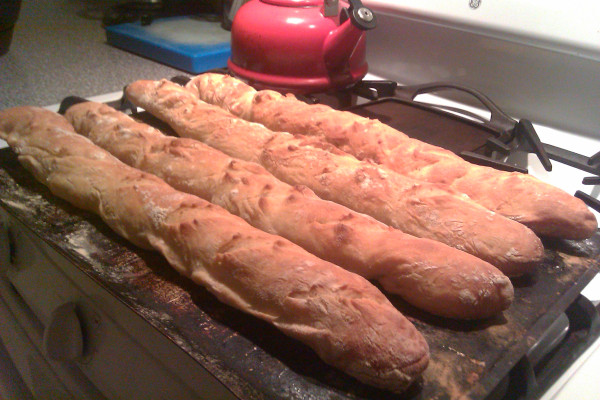 Four cooked baguettes, at least one of which actually looks like a baguette

Finally, the baguettes cooled and I was ready for my first taste test. I served myself a slice with brie de meaux and some red pepper confit. It did not taste quite right, but is certainly better than I expected. 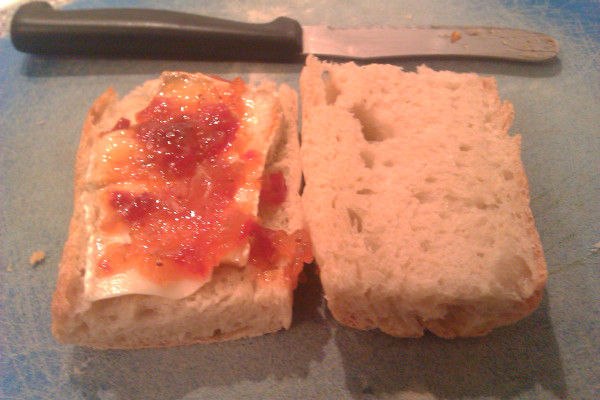