PyHtmlEdit is a simple Python text editor optimized for the kinds of HTML formatting that I commonly do. 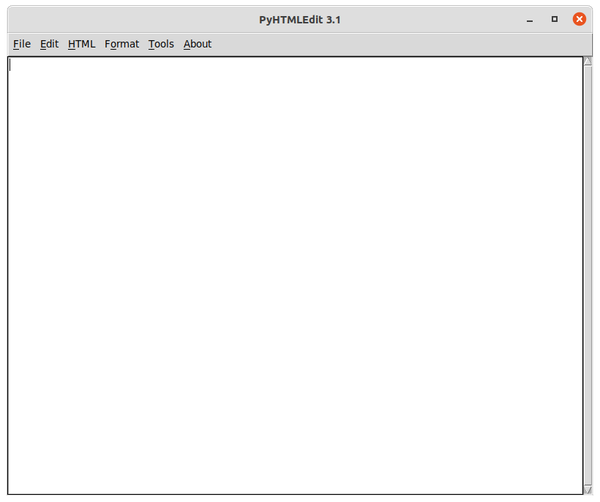 Note: PyHtmlEdit has been completely updated as of Version 3. It now runs on Python 3.x, not Python 2.x, as the latter is obsolete and is no longer being supported.

PyHtmlEdit 3 also runs using the Tkinter GUI library, which is built into Python installations, instead of the wxPython library, which turned out to be more hassle than it was worth.

You also need to have the python-markdown2 and html2text libraries installed.

This software is released under the GNU General Public Licence, Version 2.